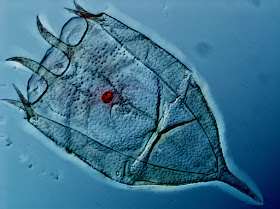 Researchers at the University of Illinois Springfield are using a new method of digital photography to help us view microorganisms on a larger scale.

The technique, called focus stacking, uses computer software to combine multiple photographs taken at different focus distances. The result is a single picture with greater sharpness or depth of field throughout the image.

“The science-art aspect is simply excellent,” said UIS Biology Professor Michael Lemke. “We hoped to create an experience that would stimulate your imagination.”

Lemke joined forces with Mike Miller, UIS associate professor of art, and his brother Tom Lemke, a photographer, to help produce the images. A number of UIS undergraduate students including Jack Zinnen, Christina Hanula and Alex Cross also assisted with the project.

So far, the team has photographed a number of insects, flowers, algae and zooplankton. However, they hope to use the technique to capture images of even smaller objects in the future.

“The world of protozoa, which range in size from 10 to 500 micrometers, are my next challenge,” said Lemke. “It is a question of getting the light intensity, lighting angle, the absolute non-movement of the specimen all to come together.”

In December 2016, the team was asked to present their scientific artwork at the Saint Louis Science Center with the help of Keith Miller, a UIS emeritus professor and current professor at the University of Missouri-St. Louis.

During the exhibition, they showed off high resolution “flat” printouts of the images they captured and 3D models of the focus stacked images. Visitors also got the chance to use a microscope to capture their own images, which they could print and take home.

“Seeing how the public responded at the Science Center helps me as a scientist to observe more closely and think more deeply about what is an image,” said Lemke.

Lemke also plans to use the images in the classroom to help his students better understand microorganisms. He believes the images will help enhance the student’s learning experience.

“It helps me as teacher to better communicate through image (i.e., effective nonverbal teaching),” he said. “I wish to combine the two aspects (showing the public and teaching through images) in a magazine article, which I hope to produce during my sabbatical.”

The focus stacking project was made possible by a 2001 National Science Foundation Grant, funds from the UIS Therkildsen Field Station at Emiquon and a grant from the UIS College of Liberal Arts and Sciences. 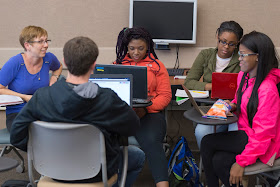 The University of Illinois Springfield has released the Dean’s List for Fall Semester 2016. 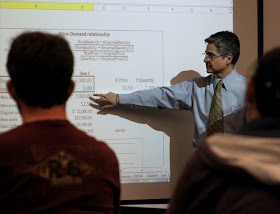 The College of Business and Management at the University of Illinois Springfield has been reaccredited by the prestigious Association to Advance Collegiate Schools of Business (AACSB International).

“We are honored to receive AACSB reaccreditation, considered the gold standard for colleges of business around the world,” said UIS Chancellor Susan Koch. “This award reaffirms the high-quality and teaching-focused academic experience UIS students are receiving from exceptional College of Business and Management faculty.”

AACSB accreditation represents the highest standard of achievement for business schools worldwide. Less than 5 percent of the more than 16,000 schools worldwide granting business degrees have earned AACSB accreditation. AACSB-accredited schools produce graduates who are highly skilled and more desirable to employers than other non-accredited schools.

“Employers are increasingly seeking graduates from AACSB accredited business schools knowing that students’ education has developed competencies that will support a competitive edge in today’s complex global markets,” said Ron McNeil, dean of the UIS College of Business and Management.

The accreditation assures student and employers that the UIS College of Business and Management delivers relevant and high quality classes and programs; employs first rate teachers, and faculty who are engaged in their discipline and relevant research.