Dennis Papini has been selected to become the provost and vice chancellor for academic affairs of the University of Illinois Springfield (UIS). The provost is the university’s chief academic officer, the second highest administrative position in the university, and is responsible to the chancellor for the implementation of the academic priorities of the institution.

Papini has served as dean of the College of Arts and Sciences at South Dakota State University (SDSU) since 2012 where he oversees 15 academic departments. In that role, he helped the university create a new strategic plan and added four new degree programs. He helped raise funds for four capital construction projects totaling $86 million and launched an Underrepresented Dissertation Fellows Program to bring minority faculty to teach at SDSU.

“Dr. Papini received strong support from the Provost search committee, whose members were appreciative of the depth and breadth of his experience as it relates to the Provost position as well as his strong listening skills, budgeting background, and results-oriented planning experience,” said UIS Chancellor Susan J. Koch.

“I look forward to working with Chancellor Koch and faculty colleagues at UIS as we continue efforts to provide our students with rigorous and appropriately challenging academic experiences both in and out of the classroom,” said Papini. “Characterized by a commitment to Leadership Lived, UIS is uniquely located to couple classroom teaching and learning with opportunities to apply these knowledge, skills, and competencies within the broader community and region.”

Prior to his appointment at SDSU, Papini was a professor and chair of the Department of Psychology at Middle Tennessee State University (MTSU). While at MTSU, Papini directed 43 faculty and more than 1,000 undergraduate student majors and 200 graduate students pursuing degrees in six graduate programs.

Papini started his career teaching psychology at Southeast Missouri State University from 1983-1986, followed by the University of Arkansas from 1987-1990. He taught at Western Illinois University as a professor of psychology from 1990-2004.

“As an Illinois native and beneficiary of Illinois public higher education, I am delighted to return to my home state and to serve those who aspire to improve the quality of their lives through the many opportunities made possible by institutions that are based on both affordability, accessibility, and inclusion,” said Papini.

Papini is an accomplished scholar who specializes in adolescent development, research methodology and statistics and family relations. He has received more than 20 awards, multiple research grants, and has had his research published numerous times. He has presented his research at national and international conferences, served as a professional reviewer for journal articles and was on the editorial board of the Journal of Early Adolescence (1995-2016).

He has also been active on his campuses, advising student organizations and serving as a board member for community organizations.

“I’m grateful to all the members of the search committee for their dedicated service to bring this search to a successful conclusion,” said Chancellor Koch. “Special thanks to Dr. Jorge Villegas, associate professor and chair of business administration, and Dr. Jeff Lorber, vice chancellor for advancement, who co-chaired the search committee and to Pat Sanchez, executive assistant to the chancellor, who provided outstanding support and coordination throughout the search process.”

Papini replaces Lynn Pardie who retired as UIS provost and vice chancellor for academic affairs in May 2016 after four years on the job. He will start on July 1, 2017, pending formal University of Illinois Board of Trustees approval.

The University of Illinois Springfield serves approximately 5,500 students in 52 undergraduate and graduate programs in four colleges, with 220 full-time faculty, 514 full-time staff and an annual operating budget of $88.8 million.
Blake Wood at Friday, March 24, 2017 No comments:
Share 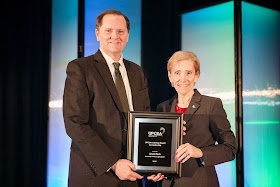 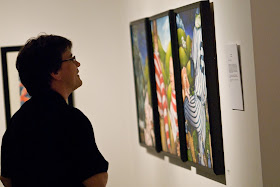 The University of Illinois Springfield Visual Arts Gallery is partnering with the Springfield Art Association and Enos Park Residency for Visual Artists to offer a funded residency and art exhibition for the summer of 2017.

The four to eight week residency is open to new artists, those mid-career and established contemporary artists, who work in all types of media.

Allison Lacher, manager of the UIS Visual Arts Gallery, said the community partnership between the Springfield Art Association, Enos Park and UIS could have a rippling effect on the local community.

“The Springfield Art Association has a vision to grow a true artists community and hopefully in the process, contribute to the redevelopment of the Enos Park neighborhood. The idea is that the program will draw artists to Springfield, and ideally, over time, some of them will stay,” said Lacher.

The Enos Park Residency for Visual Artists will provide studio facilities as well as living quarters. There will be a $1,000 stipend for expenses. The residency will culminate with an exhibition at the UIS Visual Arts Gallery, opening June 30 and running through July 28.

Applications for the residency and art exhibition are due by April 7 and need to include a detailed proposal, dates, artist statement, work samples, image list, resume and references. Artists from across the country are encouraged to apply by emailing info@enosparkresidency.org. 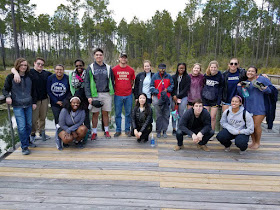