The University of Illinois Springfield recently installed three sculptures by California-based artist Lisa Williamson outside of the Student Union Building, which open in January 2018.

The artwork was made possible thanks to the John N. Chester Estate Fund, an endowed gift fund created with the intent of adding to the attractiveness of the University of Illinois campuses.

Now that the artwork is in place, the UIS Grounds Crew plans to add decomposed granite pathways up to and around the sculptures. They also plan to add native plants surrounding the area and eventually plant buffalo grass on the berm.

UIS Student Union Executive Director Ann Comerford hopes that the new artwork will spark conversation among students and visitors and lead to a greater interest in art.

“Maybe it will spark some curiosity about artwork and they will go and explore and learn more,” said Comerford. “Maybe they'll stand outside and two people will argue about it and one will love it and one will hate it and that's great!”

Williamson says she’s happy that her first long-term public art exhibition will be displayed on a university campus for students to enjoy.

“I was really interested in how public sculpture interacts with both not only the landscape, but the people that are integrated into that landscape and so for me it was really exciting that this is going to be a university installation,” she said.

Comerford hopes the sculptures will become as popular as other landmarks on campus, such as the colonnade and Lincoln Statue, and evoke memories when alumni return to campus.

“I hope that these three pieces also evoke that for our students and they remember it and they go on and tell stories and they come back and they're like 'oh my gosh they're still here.' I love that and that's exciting,” said Comerford.

The Student Union also recently added artwork inside, including a quilt by New York-based artist Sanford Biggers. It was also made possibly by the Chester Estate Fund.
Blake Wood at Thursday, May 16, 2019 No comments:
Share 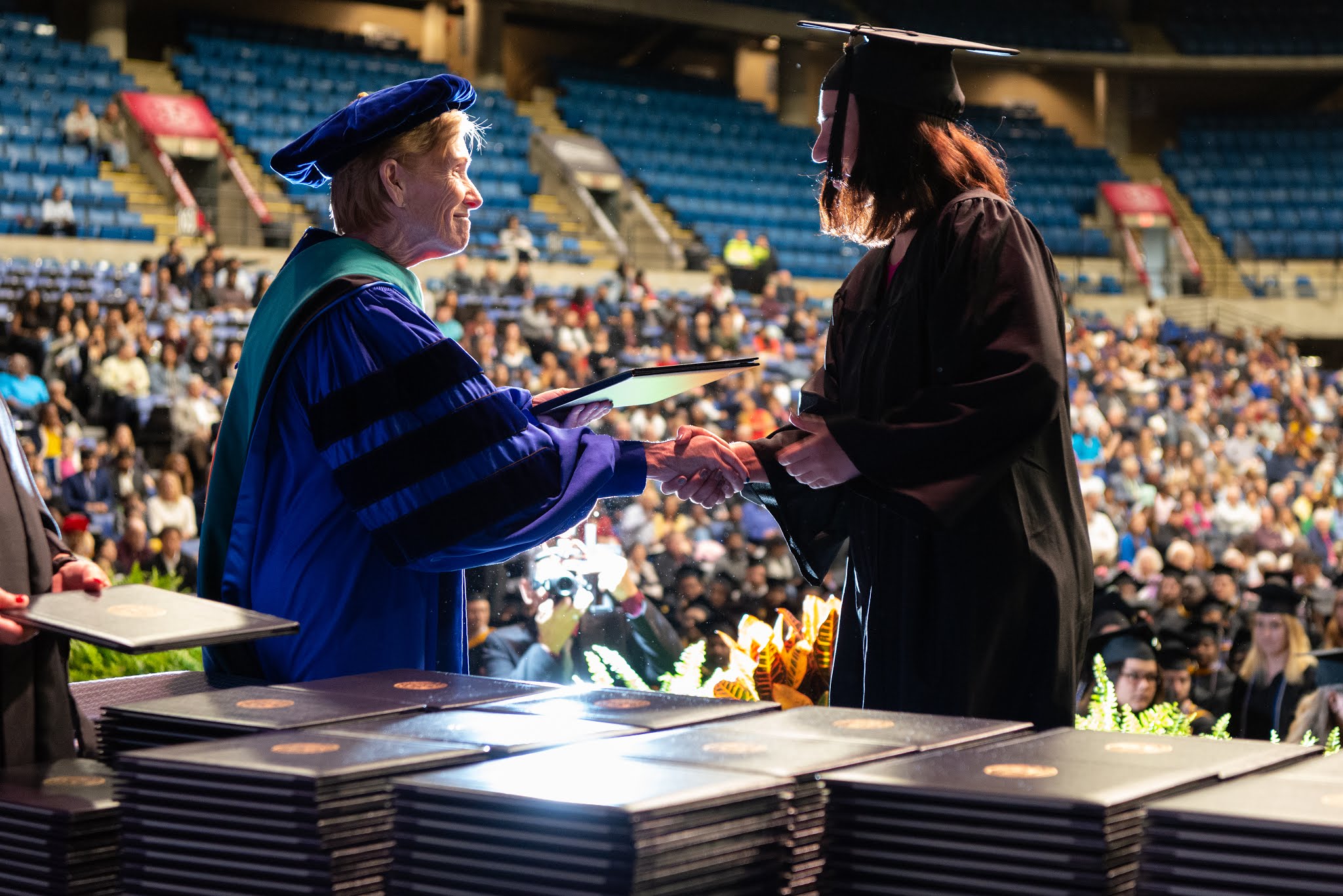 A total of 1,274 students earned degrees from the University of Illinois Springfield at the conclusion of the spring semester on May 11, 2019, pending completion of university requirements.

For photos, video and more from the 48th UIS Commencement Ceremony, visit www.uis.edu/commencement.
Blake Wood at Wednesday, May 15, 2019 No comments:
Share 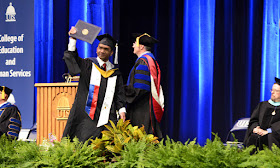 The University of Illinois Springfield held two commencement ceremonies on Saturday, May 11, 2019, at the Bank of Springfield Center in downtown Springfield. Out of the 1,274 UIS students who were eligible to graduate, 745 participated in the ceremonies.

UIS Chancellor Susan J. Koch presided over the ceremonies, welcoming thousands of guests. She reflected on the importance of earning a University of Illinois degree and the “pathway to opportunity” that degree will create for the 2019 graduates.

“You will make a difference in the world,” said Koch. “In saying that, I am not talking about an abstract ideal. Each of you—with your own skills, aspirations, contributions and achievements—will leave a mark on this world, and it’s such an honor to know that UIS will have helped play a part in your future success.”


During the second ceremony, Koch presented an honorary doctorate of humane letters to former Springfield Mayor Karen Hasara in appreciation of her inspirational leadership in public service and distinguished contributions to the community and the University of Illinois.

“I cannot even begin to express my feelings of gratitude for this honor,” said Hasara. “It’s been nearly 50 years since my mom offered to help with my 4 children, under 8, so I could enroll in the new university that was about to open here and complete my college degree and fulfill my goal of becoming an elementary school teacher.”

Hasara would go onto be elected to the Sangamon County Board, Sangamon County Circuit Clerk, Illinois House of Representatives and Illinois Senate. She was the first woman to be elected Springfield mayor and served two terms from 1995 to 2003. She also served as a member of the University of Illinois Board of Trustees from 2009 to 2017.

“We were created to open our doors wide to every deserving student, not just the privileged few, providing an education that would transform their lives, one by one, and collectively sendoff new waves of talent year after year to lift the fortunes of our state, our nation and our world,” he said.

The student commencement address was delivered by Jeffrey Nevins, who graduated with a bachelor’s degree in communication. He currently works as the technical director/show systems manager at the Abraham Lincoln Presidential Library and Museum.

Nevins reflected on his educational journey at UIS, which started in 1994.

“I’ve finally finished,” he said. “In that 25 years, I’ve learned a lot – both in school and out. So, like every other middle–aged white guy you’ve ever met I’m going to regale you with all of my wisdom. And as an added bonus, it’s in the form of a numbered list!”

Nevins went onto share his list of wisdom on topics ranging from self-care, to always sitting in the front row and always backing up your files. He also told the audience that you’re “never done learning,” “no means no” and “it is far better to be kind than right.”

“Congratulations to my fellow 2019 graduates,” he said. “It has been an honor and a privilege to learn alongside of you. And in the words of Abraham Lincoln: ‘I bid you God-speed.’”

Dignitaries on stage during the ceremony included faculty grand marshal Hilary Frost, associate professor of political science; Shaina Humphrey, UIS student trustee on the University of Illinois Board of Trustees; Jeffrey Lorber, vice chancellor for advancement and senior vice president of the University of Illinois Foundation; Pattie Piotrowski, university librarian and dean of library instructional services and Dedra Williams, secretary of the Board of Trustees.

Photos and more video are available at the commencement website: www.uis.edu/commencement/.
Blake Wood at Saturday, May 11, 2019 No comments:
Share
‹
›
Home
View web version