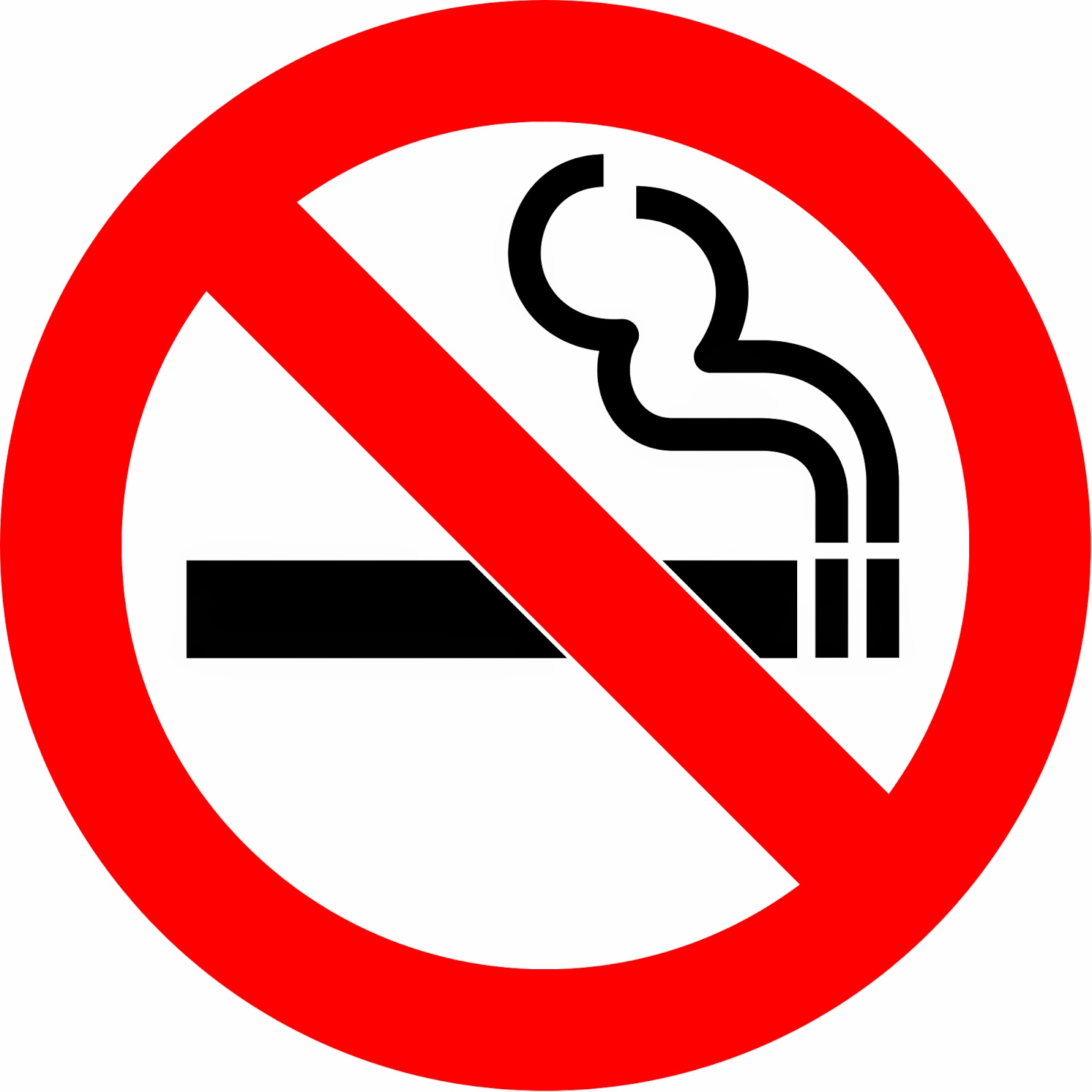 Free tobacco cessation resources are available to UIS students and employees through the American Lung Association’s Illinois Tobacco Quitline by calling 1-866-QUIT-YES. The Quitline provides tobacco cessation counseling and other information to tobacco users who want to quit. The line is staffed daily from 7:00 a.m. to 11:00 p.m. More information can be found on their website at www.lungil.org.
Blake Wood at Monday, January 26, 2015 No comments:
Share

The University of Illinois Springfield was proud to host the inauguration of the Illinois House of Representatives on January 14, 2015. A crowd of over 1,700 people gathered in Sangamon Auditorium to watch lawmakers take the oath of office.

“This is a great opportunity for us to showcase the campus to a large group of constituents who really come from all over the state,” said UIS Chancellor Susan J. Koch. “I’m walking around greeting many of our legislators, congratulating them on being re-elected and just reminding them they’re at the University of Illinois.”

This is the fifth year UIS has hosted the inauguration.

“This began because in 2006 the House and Senate were rehabbing their respective chambers and in the case of the House it wasn’t going to be complete to have our inaugural ceremony there,” said Timothy Mapes, House speaker Michael Madigan’s chief of staff.

Having the ceremony at UIS allows lawmakers to invite a larger number of family and friends to witness the event.

“The staff here at UIS, they understand the facility very well and they provide good guidance on what we need to do to pull off an entire event for a couple of thousand people,” said Mapes.

Among the guests were many UIS alums, both lawmakers and staff members, who returned to campus to take part in the ceremony.

Ryan Melchin graduated from UIS in 2011 with a bachelor’s degree in political science. He says UIS prepared him well for his job with the House of Representatives.

“Being in such close proximity to the capitol, I was able to go to the capitol pretty much on a weekly basis to kind of observe the process and that really helped me in the job that I’m in now,” said Melchin.
Blake Wood at Wednesday, January 14, 2015 No comments:
Share

A new study shows how the University of Illinois Springfield is having a major impact on the Sangamon County economy.

In Fiscal Year 2013-14, the university added $176.8 million in additional income to the local economy. That’s according to the study conducted by Economic Modeling Specialists International (EMSI), a nationally known research firm who has conducted more than 1,200 economic impact studies for colleges and universities across the country.

“We’ve always known UIS has a large impact on the community in many different ways,” said UIS Chancellor Susan J. Koch. “This study shows just how great the economic impact is on Sangamon County in particular.” 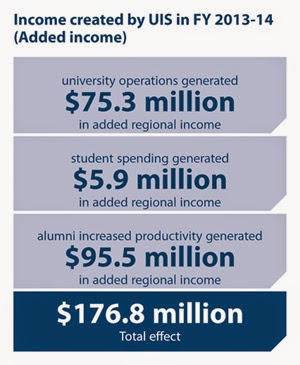 The study found UIS’ greatest impact results are from the education and training it provides for local residents. Thousands of UIS alumni are employed in Sangamon County. During the analysis year, UIS alumni generated $95.5 million in added income.

UIS employees and students are also helping to bolster the economy. The University employed 1,129 employees during FY 2013-14. University payroll amounted to $67.1 million, much of which was spent in Sangamon County.

Approximately 20% of UIS students relocated to Sangamon County to attend the university. Overall, those students spent $5.9 million in added income that would not have been generated without the university.

“We know this is only a fraction of the actual amount contributed to the local economy by the total UIS student population. Many of our students commute from surrounding counties, spending money while in the area,” said Koch.

The study finds UIS is not only helping to create jobs on campus, but in the community. Overall, the added income created by UIS and its students supports 2,981 full-time average-wage jobs in the county.

The study also measured the university’s return on investment for students and taxpayers. For every $1 spent on a UIS education by students they will gain $3.20 in added lifetime income.

“A college degree is still a very good investment. The stream of higher future wages that graduates receive in return for their educational investment continues to grow throughout their working lives with bachelor’s degree completers in Sangamon County earning on average $63,300 at the midpoint of their careers, $29,900 more per year than a county resident with only a high school diploma,” said Koch.

UIS is also a good investment for taxpayers. For every state and local taxpayer dollar spent on the university it returns $3.50 in added taxes and public sector savings. The finding represents the net present value of the added tax revenue stemming from the graduates’ higher lifetime incomes and the increased output of businesses amounts to $58.6 million in benefits to taxpayers.

For more highlights of the UIS Economic Impact Survey and to read the full report visit www.uis.edu/impact/.

Questions about the report may be directed to Derek Schnapp, UIS director of Public Relations at 217/206-6716 or dschn3@uis.edu.
Blake Wood at Monday, January 12, 2015 No comments:
Share

The University of Illinois Springfield’s online programs are among the top 20 best in the nation according to U.S. News & World Report. The 2015 Best Online Programs Rankings were released on January 7, 2015.

UIS received a top 20 ranking for all undergraduate degree programs and a ranking of 17 for the online Management Information Systems graduate business program. The online Teacher Leadership program was also ranked among the top 100 graduate education programs nationally.

“It’s great to see UIS Online program recognized as among the top 20 in the country,” said Ray Schroeder, UIS Vice Chancellor for Online Learning. “With some 1,700 online students located across the U.S. and in a number of foreign countries, we are proud to offer access online to many of the high quality programs that are based on our Springfield campus.”

U.S. News & World Report looked at best practices and factors, such as student engagement, faculty credentials and training, peer reputation, and student services and technology in determining the rankings.

UIS offers over 400 high quality online courses for students across the nation and around the world each semester. Online Program Coordinators provide ongoing support to students throughout their academic programs. This support allows faculty and students to focus on engagement, interaction, and success in teaching and learning.

“The faculty and staff at UIS are proud that their work has been recognized by U.S. News and World Report,” said Vickie Cook, director of the UIS Center for Online Learning, Research and Service. “UIS recognizes that teaching is the heart of our work and supports the faculty work in providing high quality academic programs.”