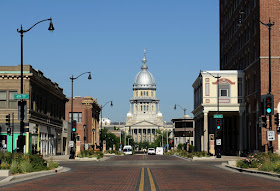 Questions about the survey may be directed to Juan Carlos Donoso, director of the UIS Survey Research Office, at 217/206-7956 or jdono2@uis.edu.
Blake Wood at Friday, May 27, 2016 No comments:
Share 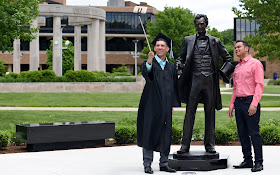 A total of 1,716 students earned degrees from the University of Illinois Springfield at the conclusion of the spring semester on May 14, 2016, pending completion of university requirements.

For photos, video and more from the 45th UIS Commencement Ceremony, visit www.uis.edu/commencement. 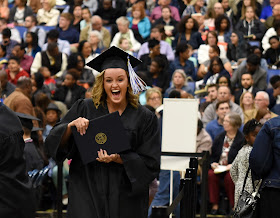 Photos and more video are available at the commencement website: www.uis.edu/commencement/.
Blake Wood at Sunday, May 15, 2016 No comments:
Share 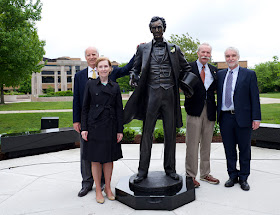 “Here we have Lincoln smiling and I would like to think he is saying to the students, as they admire the statue, work, work, work, quarrel not at all, and enjoy your time here and thank god you’re getting a college education,” said Burlingame.
Blake Wood at Tuesday, May 10, 2016 No comments:
Share

The University of Illinois Springfield broke ground on a new $21.7 million student union building on May 4, 2016. The first-ever student union will serve as a hub for student life and foster a greater sense of community on the growing campus.

“Today marks a historic moment in the life of the Springfield campus,” said Koch. “This groundbreaking today is the culmination of years of planning, imagining, negotiating, campaigning, fundraising and I will admit, no small measure of strategic whining and complaining on the part of the Chancellor.”

The two-story, 50,000-square-foot student union will anchor the campus’s south quad, providing campus dining services, a coffee shop, a ballroom with seating for up to 450 people and a Student Leadership Center that will house student government, volunteer offices and workspaces for student organizations. The facility is scheduled to open in January 2018.

"I'm deeply grateful to all of you for your generosity and support and to Susan and her team for their hard work and persistence to make this dream a reality," said Killeen.