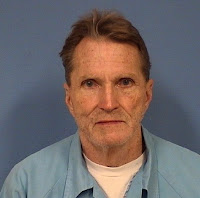 The Illinois Innocence Project at the University of Illinois Springfield is seeking a new trial in a 1995 Naperville arson murder case. Attorneys will appear in DuPage County court on Monday, December 12, 2016, at 1:30 p.m. arguing to reverse the convictions of William “Bill” Amor, who has spent 21 years incarcerated on a murder conviction they maintain he did not commit. The hearing is expected to last the week and is believed to be the first of its kind in Illinois regarding changes in fire investigation.

On the evening of September 10, 1995, Amor and his wife left their Naperville apartment (which they shared with Bill’s mother-in-law, Marianne Miceli) to go to a drive-in movie. They were gone for several hours and when they returned, they found that a fire had broken out at the apartment and Miceli had died from smoke inhalation, specifically carbon monoxide (CO) poisoning.

Amor would be convicted two years later, on September 17, 1997, of murder and aggravated arson for setting the fire that caused Miceli’s death. Amor was convicted based upon a confession (which the Project argues was false) and arson findings that are no longer scientifically reliable. What stands out in this case is that Amor’s confession was the basis for the fire investigators in 1995 to change their initial finding of an “undetermined” cause of fire to an arson. With the exception of giving a false confession in this case, Amor has maintained his innocence from day one. He was ultimately sentenced to 45 years in prison.

Attorneys and experts reviewing the evidence have found that investigators used outdated and discredited techniques to convict Amor. The methods used by the original fire investigators are no longer accepted as a scientifically reliable methodology in fire investigations. In fact, the “National Fire Protection Association’s Guide for Fire and Explosion Investigation”, “NFPA 921”, does not support the findings in this case.

In court this week, nationally recognized arson experts will testify about the new science which undercuts the conviction in this case, including: Doug Carpenter of Combustion Science & Engineering, Inc. in Columbia, Maryland, and John DeHaan of Fire-Ex Forensics in Vallejo, California. Noted expert on false confessions, Steve Drizin, associate dean and clinical professor of law at Bluhm Legal Clinic at the Northwestern University Law School, is on the witness list for Amor as well.

“This is a unique case where we can actually demonstrate the falsity of the confession because we know with expert certainty that a fire cannot be started the way Bill ‘confessed’ to starting the fire. The ‘arson’ finding predicated on that false confession, and based on erroneous science should not stand in the eyes of the law or justice,” said Lauren Kaeseberg, legal director of the Illinois Innocence Project Chicago office, who represents Bill Amor.

Also in question is the alleged false confession that Amor gave to the police at that time. His final statement to police came after two weeks in jail, immediately followed by being served divorce papers at the station, and 15 hours of questioning. The confession included details as to how Amor purportedly started the fire with vodka and a lit cigarette – it is now known that a fire cannot start that way.

“Confessions and statements by suspects are viewed differently today than they were in 1995, due in large part to the fact that false confessions have played a role in approximately 25% of the first 325 DNA exonerations, and 205 out of 1,600 exonerations nationwide, according to the National Registry of Exonerations. Today, we know that false confessions happen; this realization was not commonly accepted in 1995,” said Larry Golden, founding director of the Illinois Innocence Project.

“Bill Amor is an innocent man, who has spent 21 years in prison based on unreliable evidence. We are hopeful that the science will shine a light on the truth this week and there will finally be justice in the case of Bill Amor,” said Erica Nichols Cook, director of the Wrongful Convictions Unit of the Iowa State Public Defender, who also represents Amor as “of counsel” for the Illinois Innocence Project.

“Bill Amor’s conviction does not withstand the scrutiny of review based upon today’s science and understanding of fire investigation and false confessions. We know, based on a 2016-view of this case, that the 1990’s-arson findings are erroneous,” said Tara Thompson, staff attorney at the Exoneration Project, who also represents Amor.
Blake Wood at Monday, December 12, 2016 No comments:
Share
‹
›
Home
View web version