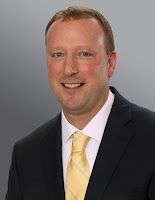 “I am so pleased that Peyton Deterding will be leading the UIS Prairie Stars as director of athletics,” said Chancellor Susan Koch. “Peyton brings more than 16 years of leadership in intercollegiate athletics to his new role at UIS, and his successful experience handling budgets, contracts and facilities along with glowing reviews of his collaboration with staff, coaches and community members were among the many strengths recognized by the search committee in their recommendation. I am confident he will build on the many recent achievements of our student-athletes to advance our young Division II program to even more success.”

Deterding climbed to the top of a national pool of more than 50 candidates that applied to lead the UIS Athletics Department.

“I am extremely humbled to be chosen as the next director of athletics at UIS,” Deterding said. “After meeting with Chancellor Koch, it became very evident that with her level of support and with the foundation in place, this is truly an exciting time to be a part of Prairie Stars Athletics. The opportunity for growth within athletics and the campus as a whole provides an atmosphere that one can be immensely energetic about. I look forward to working with the coaches, athletic and university staff and the greater Springfield community.”

At ISU, Deterding was appointed senior associate athletic director in 2016. He has managed the department in areas such as fiscal operations, capital projects, event management, sport oversight, human resources and information technology.

There will be a media availability and meet-and-greet with Deterding at 2 p.m. Dec. 2 at The Recreation and Athletic Center (TRAC) at UIS.

Deterding will take over as UIS director of athletics on Dec. 9.

UIS has 17 athletic programs, including baseball, basketball, cross country, golf, soccer, softball, tennis, track and field and volleyball, and is a member of the Great Lakes Valley Conference in NCAA Division II.
Blake Wood at Monday, November 25, 2019 No comments:
Share

The University of Illinois Springfield is waiving all application fees for prospective students in an effort to ensure that all students are given the opportunity to pursue a higher education.

Application fees will be waived for all incoming freshman, transfer, graduate, online and international students who apply for admission to the spring, summer and fall 2020 terms.

“As part of our vision to ‘be a pathway to opportunity,’ removing the application fee as a barrier to embarking on a college career, finishing one or enhancing career prospects through graduate certificates or degrees is part of the DNA of our campus community,” said Natalie Herring, UIS associate provost for enrollment management.

UIS was recently ranked the fourth best public university in the Midwest Regional category and the top public regional university in Illinois by U.S. News & World Report in their 2020 rankings. UIS also welcomed its largest freshman class in university history this semester. 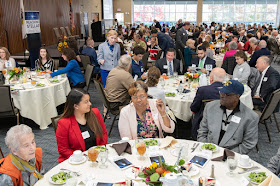 University of Illinois Springfield students got a chance to say thank you to their scholarship donors during the 23rd annual Scholarship Luncheon on Nov. 6.

A record crowd of nearly 300 people packed the Student Union Ballroom as they celebrated how scholarships have made a difference in the lives of students.


“This scholarship is a gift that keeps on giving,” said donor Carol Esarey. “Every year we get to meet the recipients and that's another gift. It’s wonderful just to get to know the young people that are getting gifts.”

Esarey and her husband Clark started the Carrie Gibson Esarey and Dorothy Neland scholarship funds in honor of their mothers.

“For me, a good many years ago I obtained a four year tuition free scholarship to University of Illinois,” said Clark Esarey. “I feel it's very important to pay back the wonderful thing it was. It changed my life!”

UIS alum Dexter Burns, who is the youngest scholarship donor in UIS history, started a scholarship fund to help students pay for international study away programs.

“I think the fact that people believe they have to wait years and years to give back is a misconception,” he said. “I always say that philanthropy doesn't have to be reserved for the rich and famous. Anything you can give can help someone.”

“The scholarship has impacted me in a way that I can find the funds to actually travel and experience the world,” she said. “I feel like this opportunity will increase my awareness around the world globally, so I know how to communicate with a lot of people.”

“Our campaign goal for Reaching Stellar is $40 million,” he said. “As of about a week ago, we have topped the $32 million mark. We still have the better part of three years left in the campaign, so we are ecstatic about the level of support we've received to date, but we still have a ways to go.”
Blake Wood at Wednesday, November 06, 2019 No comments:
Share 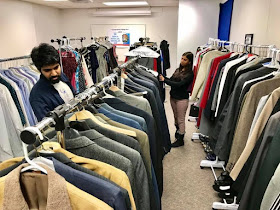 The University of Illinois Springfield Career Development Center is asking Springfield-area residents to donate clean, new or gently used, ready to wear professional clothing for students to wear to job interviews and internships.

Donations may be dropped off from 9 a.m. to 4:30 p.m. Nov. 11-15 at the UIS Career Development Center, located in the Student Affairs Building, Room 50, on the east side of the UIS campus.

This year, the Career Development Center is specifically asking for donations of full suits, professional dresses, suit jackets or blazers, skirts or slacks, shirts or blouses and ties or scarfs. No shoes, t-shirts or clothing that is more than 5 years old.

Clothing will be distributed to students Nov. 25-27 during the UIS Professional Clothing Closet event.

The professional clothing drive is being held as part of National Career Development Month.

For more information, contact the UIS Career Development Center, at 217-206-6508 or careerservices@uis.edu.
Blake Wood at Tuesday, November 05, 2019 No comments:
Share 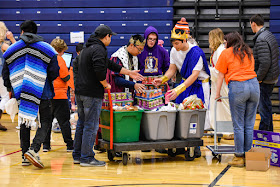 More than 200 University of Illinois Springfield students helped to collect 15,779 pounds of food to help fight hunger in central Illinois on Halloween night. The majority of the food, 14,779 pounds, will be donated to Central Illinois Foodbank, while 1,000 pounds will go to the on campus UIS Cares Food Pantry.

Last week, the teams canvassed the neighborhoods and distributed door hangers that explained the project. Collected items were returned and weighed on campus. Prizes were awarded to the teams that collected the most food.

For a fourth year, the UIS Cox Children’s Center participated in the fun by having the children in costume Trick-or-Treat for Canned Goods on campus. The children collected 1,000 pounds of food for the UIS Cares Food Pantry.

The UIS Cares Food Pantry, located in the Student Affairs Building, was started in 2016 as a way to help students with food insecurity on campus.

For more information, or if you have food that was not collected, please contact the UIS Volunteer Center at 217-206-7716 or volunteer@uis.edu.
Blake Wood at Friday, November 01, 2019 No comments:
Share
‹
›
Home
View web version