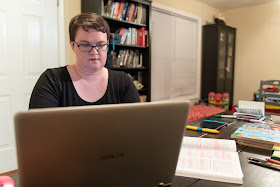 University of Illinois Springfield will offer 19 accelerated online and blended courses over the holiday break for prospective and current students. Most classes will begin Monday, Dec. 14, and will conclude mid-January.

"We know this is not going to be a traditional holiday season, due to the COVID-19 pandemic. Many students are going to have extra time over the break and this is a great chance to continue their education and potentially earn a degree in a shorter period of time,” said UIS Interim Chancellor Karen Whitney.

The 2020 presidential election, policing in America and website design are among a few of the topics that will be covered in the accelerated classes. A full list of courses is available at uis.edu/winter.

The deadline to apply for the accelerated courses is Friday, Dec. 11. Prospective students can apply for admission at uis.edu/apply. Current UIS students can sign up using the instructions found at uis.edu/registration/courseschedule/accelerated/. All courses are eligible for financial assistance. 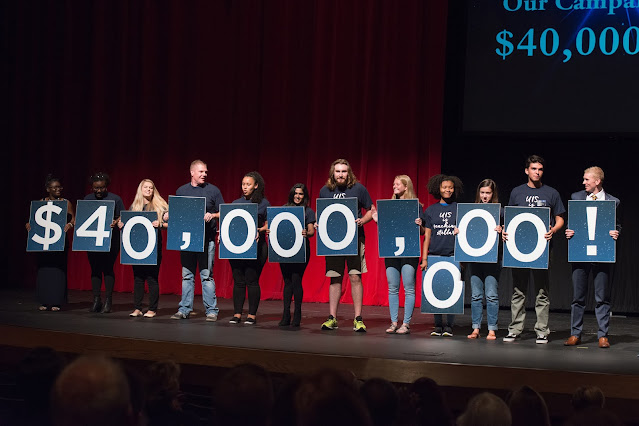 The University of Illinois Springfield Reaching Stellar fundraising campaign made great strides during the past fiscal year.
UIS secured approximately $5 million in gifts during fiscal year 2020, which ran from July 1, 2019, through June 30, 2020. The successful year of fundraising means the University cumulatively has raised $36.82 million – or 91.89 percent – of the $40 million Reaching Stellar campaign goal as of Sept. 30. The campaign has two more years until it closes.
“The Reaching Stellar campaign ultimately will help UIS further develop several areas of expertise and service, but foremost is the intent to improve access for students to acquire a University of Illinois education,” said UIS Interim Chancellor Karen Whitney. “To this effect, UIS has been extremely fortunate to have affirmation from a wide-ranging group of supporters: Alumni, community friends, corporations and foundations, students and staff.”
Reaching Stellar: The Campaign for the University of Illinois Springfield, aims to raise $40 million to benefit students, faculty and the central Illinois community. The initiative – which publicly launched Oct. 10, 2017, and is the largest fundraising campaign in UIS history – will continue through 2022.
Gifts to Reaching Stellar support the campaign’s five priorities:
Jeff Lorber, vice chancellor for advancement at UIS, said there are some significant, visible examples of what the generosity demonstrated throughout the Reaching Stellar campaign has helped accomplish on campus.
“Our donors have helped us realize some of our big dreams and ideas in a relatively short period of time. The building of the Student Union was brought forth in part by private giving of all levels from hundreds of individuals and organizations,” said Lorber, who also serves as senior vice president for the University of Illinois Foundation. “Sangamon Experience, the interactive exhibition space that opened earlier this year at UIS and celebrates the history and impact of the local region, was initiated through a single multi-million-dollar gift.”
Reaching Stellar is part of a comprehensive fundraising initiative of the three universities of the University of Illinois System, located in Urbana, Chicago and Springfield. The collective goal for the systemwide effort is $3.1 billion: To date, financial commitments totaling more than $2.83 billion, or 91.14 percent, have been made toward that systemwide goal.
“Despite the disruptions caused by the global pandemic, University of Illinois Springfield donors did not waiver and in fact, they continued to invest generously in UIS,” said Jim Moore, president and CEO of the University of Illinois Foundation. “In a year when UIS is celebrating its first 50 years, the UIS Reaching Stellar Campaign is helping to ensure the next 50 years and beyond will be even more impactful.”
To learn more about the Reaching Stellar campaign, visit uis.edu/reachingstellar/ or contact the UIS Office of Advancement at advancement@uis.edu or 217-206-6058.
Blake Wood at Thursday, October 22, 2020 No comments:
Share

A video series shot at the University of Illinois Springfield’s Child Protection Training Academy is serving as a national simulation training model for preparing child welfare workers and students for working with at-risk children and families.

The U.S. Department of Health and Human Services’ Center for States, part of the Child Welfare Capacity Building Collaborative and a service of the Children’s Bureau, filmed the Academy’s simulation scenarios and conducted interviews at the UIS residential simulation lab and mock courtroom before the start of the COVID-19 pandemic in March.

The videos and other resources on the new “Keeping it Real” website will be used by child welfare agencies throughout the United States to prepare child welfare workers and students for difficult interactions with families, as they investigate cases of suspected child abuse. The Center for States hopes the videos will help agencies learn about the benefits, costs and considerations for implementing similar training programs in their states.

“Over the years several state child welfare professionals have visited campus to better understand how simulation training improves transfer of learning and critical decision-making in the field,” said Betsy Goulet, principal investigator of the of the UIS Child Protection Training Academy. “The new ‘Keeping it Real’ website consolidates the research, tools and videos other programs across the country need to begin to replicate the model for their workforce.”

The videos cover an investigator’s first knock on the door of a family’s home, an interview with medical personnel on how to discuss physical evidence in a case, a presentation of findings in family court, an overview of simulation training and a debrief from those who participated in simulation training. All of the videos can be found on the Center for States' website.

“The Department of Children and Families Services’ implementation and expanded use of simulated learning is a major step forward in recognizing that knowledge-based training alone is not enough” said Illinois DCFS Acting Director Marc D. Smith. “The model designed by UIS has played a key role in the professional development of our staff and this video series is a great resource for other agencies across the country looking to improve the overall quality of investigations and better serve the most vulnerable.”