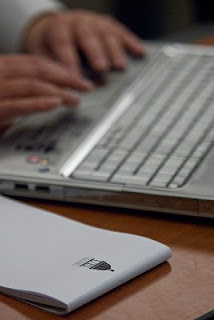 Did you know the Computer Science Department at the University of Illinois Springfield has more graduate students enrolled than any other public university in the state?

“The master’s program in Computer Science at UIS is popular because the curriculum is flexible and offers the students the opportunity to select classes that will help them achieve their career goals,” said Ted Mims, chair of the UIS Computer Science Department.

Computer Science faculty have developed an innovative curriculum that allows the department to offer classes on cutting edge topics in a timely manner. The classes are offered in an on-campus and online format, which allows students the flexibility to take two classes that, might normally be offered at the same time if they were only offered on campus.

“The master’s degree is valued by employers and they often pay the tuition for students to complete their degree,” said Mims.

UIS ranked fifth in 2009 when it comes to the number of undergraduate students majoring in Computer Science with a total of 195 students. The University of Illinois at Urbana-Champaign topped the list with 682 majors.
Blake Wood at Monday, February 28, 2011
Share