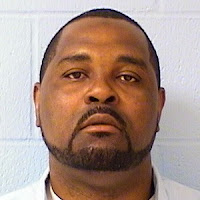 As a new academic year begins, students at the University of Illinois Springfield based Illinois Innocence Project have already seen the results of their work with a judge’s ruling that inmate Anthony Murray be granted a new trial. Murray was wrongfully convicted of the June 1998 murder of Seneca Jones in Centralia, Ill. and sentenced to 45 years in the Menard Correctional Center.

Over the past two years, UIS students have helped review the case and assisted Innocence Project lawyer John Hanlon. The students searched for new evidence, interviewed Murray, and attended a June 2012 hearing challenging his conviction.

“We spent a lot of time going through trial transcript and contacting witnesses,” said Rebecca Jo Luke, a senior UIS legal studies major completing an applied study term with the Innocence Project. “I think it was clear to everyone that there had been a miscarriage of justice.”

The student efforts contributed to an August 2012 decision by Marion County Associate Judge Marc Kelly that Murray’s conviction be vacated due to the ineffective representation that Murray received at his initial trial. The judge ruled Murray’s attorney was ineffective because of his decision to call a witness who he knew would unreliably implicate his client in the crime. Kelly found that the lawyer’s decision was so prejudicial to Murray that the outcome at the trial likely would have been different given what he knew about the jury’s deliberations. The judge has ordered a new trial for Murray.

Founded in 2000, the Illinois Innocence Project is part of the UIS Center for State Policy and Leadership and has a three-part mission: to (1) evaluate and investigate cases for credible claims of an Illinois inmate's actual innocence, and, when appropriate, provide legal representation and/or other assistance toward proving the inmate's actual innocence; to (2) encourage meaningful reforms toward preventing the conviction of innocent persons in the future; and to (3) educate the public and provide important educational and experiential opportunities for students about wrongful convictions.