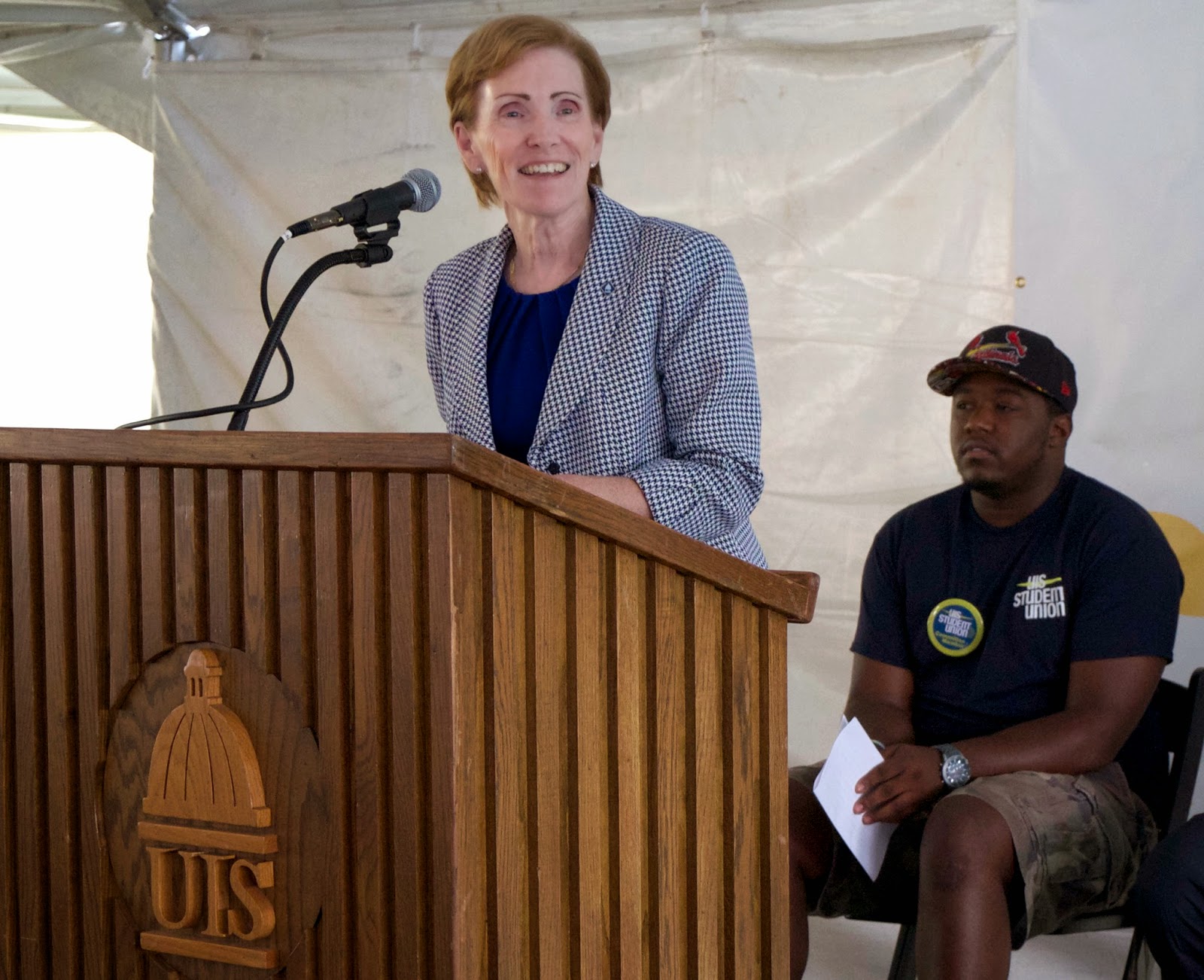 The 50,000-square-foot Student Union building at UIS is expected to open in late fall of 2016. It will house dining services, a high-end coffee shop, many lounge spaces, and a Student Leadership Center with offices for student leaders and workspaces for projects. A ballroom with adjoining catering facilities will accommodate 350-450 people at banquets and will also serve as conference space. A large plaza for outdoor events will surround the north and west ends of the building. Community members will be able to schedule activities in the ballroom/conference spaces or on the plaza through UIS Conference Services.

The total cost of the project will be $21.75 million. In 2012, UIS students approved a referendum to increase student fees to cover about half of that cost. Learn more about the Student Union project at www.uis.edu/studentunion/.