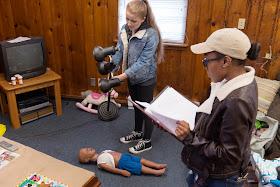 The University of Illinois Springfield Child Advocacy Studies Program (CAST) has partnered with Virginia-based Creative Information Technology Inc. (CITI) to build state-of-the-art smart phone and tablet-based apps that can be used by the child protection workforce and students across the country.

UIS students in the Child Advocacy Studies Program will serve as the first beta testers for the new apps that will help investigators and students make better decisions when it comes to protecting at-risk children.

CITI will provide the UIS Child Advocacy Studies students with tablets that are pre-loaded with the new app software.

The new apps will include a modern mash-up of child welfare best practices, experiential and simulated learning, evidence-based tools, cross-sector collaboration and technology innovation. The partnership focuses on modernizing essential practices and advancing child welfare through innovation and a multi-disciplinary approach to technology development.

UIS’ Child Advocacy Studies Program is a three-course curriculum created as a collaborative approach to training and educating frontline professionals and the next generation of child welfare practitioners. The program adheres to the standards developed for universities, and the faculty have years of experience in the child welfare field as practitioners and as trainers. UIS carries the distinction of being the second program in the United States to achieve approval from the Zero Abuse Project.

The Illinois Innocence Project at the University of Illinois Springfield is pleased to announce that its client Norman Propst, who was wrongfully convicted twice – in 1991 and 1997 – in Cook County has been pardoned, based on actual innocence, by Gov. JB Pritzker.

“We are thrilled that the Governor has granted clemency to Norman Propst for these wrongful convictions,” said Propst’s attorney John Hanlon, executive director of the Illinois Innocence Project. “So many unjust convictions have occurred to innocent young Black men in Chicago. Unfortunately, Norman suffered for that reality. We are, however, so proud of the unselfish and successful way that he has devoted himself to his community since he left Chicago. It’s really quite a story.”

Propst was convicted of a 1990 robbery based on a notoriously unreliable eyewitness identification, i.e. a “show-up” procedure. He was also convicted of a workplace theft in 1997 even though his managers insisted no crime had occurred. One of those managers then resigned her position in support of Propst.

Kaylan Schardan, a second-year law student at St. Louis University School of Law, also performed instrumental work toward Propst’s pardon when she volunteered for the Project in 2019. Under the direction of Hanlon, she researched and co-wrote Propst’s petition requesting a gubernatorial pardon based on strong evidence of Propst’s innocence. She then co-argued the petition in front of the Illinois Prisoner Review Board in fall 2019.

“Working on Norman’s case with the Illinois Innocence Project not only gave me valuable legal experience but also allowed me to meet wonderful people like him,” Schardan said. “Norman has waited decades to clear his name. I am honored to be a part of his journey toward justice. My time with the Project showed me the great need for post-conviction legal advocates. It's not easy work, but it is the most rewarding.”

in 1990, Propst was wrongfully accused by Chicago police and wrongfully convicted of robbery. Knowing he was facing a sentence of 15 years and his mother was suffering from serious health issues, he made the difficult decision to accept a plea deal to avoid the trauma of further court proceedings. He served several months in the Cook County jail followed by four years’ probation.

In 1997, Propst was charged with retail theft concerning a book that was taken from a Borders Bookstore where he was employed. He maintained his innocence but ultimately pled guilty and received six months' supervision in order to avoid further proceedings regarding the matter. According to the National Registry of Exonerations, 20% of exonerations nationwide involve guilty pleas.

Propst has focused his life on helping others while trying for decades to clear his name. He co-founded the Atlanta chapter of Black Lives Matter and the Alliance for Black Lives, a social ‘injustice’ activist organization in Atlanta fighting racism, poverty and militarism. In partnership with the Gwinnett County commissioners, Propst played a leading role in securing their vote in January to remove a confederate monument in Lawrenceville, Georgia.

As a community organizer, he works with homeless and social justice organizations; speaks at public schools; advocates for LGBTQ rights, mental health awareness and the “Fight for $15” minimum wage movement; and advocates against gun violence, voter suppression and police brutality.

“The important thing in Norman’s case is not just about the time he served; rather, it’s about the fact that he now will have the ability to go to college, get a degree in social work and then get a job helping kids improve their lives,” Hanlon said. “That has been his life’s dream. He could not do any of those things with these convictions hanging over him. He has already done incredible work in his community, but now he can greatly enhance that without the legal and practical burdens posed by the wrongful convictions.” 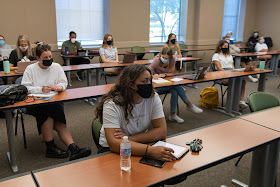 In order to qualify for the Dean’s List, a student must be an undergraduate who took at least eight graded semester hours, maintained a grade-point average of at least 3.75 for the semester and had no incomplete grades awarded for the semester. 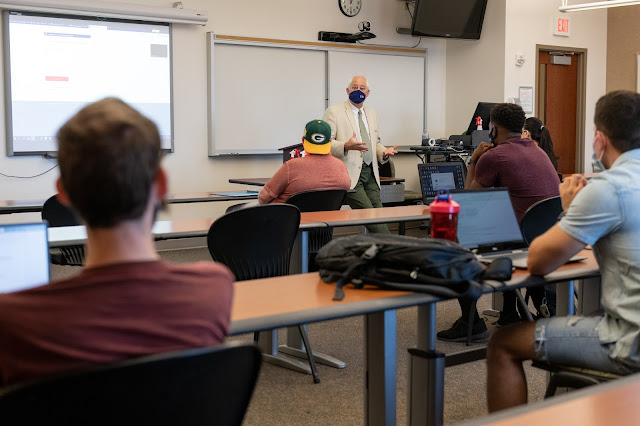 The University of Illinois Springfield will offer 28 accelerated online and blended courses for prospective and current students. Most classes will begin Monday, March 15, and will conclude in early May.

“This is a great opportunity for new UIS students to start or finish their education,” said UIS Interim Chancellor Karen Whitney. “It’s also a chance for current students to add to their course load and potentially earn their degree in a shorter period of time.”