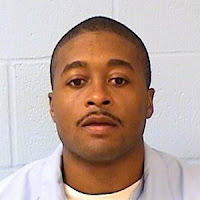 The Downstate Illinois Innocence Project (DIIP), housed at the University of Illinois Springfield, has helped to exonerate Jonathan Moore, 30, of Aurora, who was previously convicted of murder and attempted murder.

“Aurora Police found evidence of the innocence of Jonathan Moore, who was convicted in 2002 of murder and sentenced to 76 years in prison,” said Larry Golden, director of the DIIP. “Moore asked for the help of the DIIP, who proceeded to negotiate over a period of months with the Kane County State’s Attorney to gain his release.”

Moore was originally convicted of killing 20-year-old Shawn Miller and the attempted murder of a second man during a shooting in front of an Aurora coin laundry in 2000. Following his conviction, he spent almost 12 years in prison.

“During the time he was in prison, inconclusive DNA testing occurred on bullet casings,” said Golden. “Additionally, a confidential source came forward to the police and impeached the testimony of the eyewitnesses and indicated Moore was not the one on the scene. The police then followed up that lead to a full investigation.”

The Downstate Illinois Innocence Project case was led by Legal Director John Hanlon with the assistance of Steve Schott, a student at the University of Illinois at Urbana-Champaign College of Law, and several UIS students.

###
The Downstate Illinois Innocence Project (DIIP) has a three-part mission: to evaluate and investigate cases for credible claims of an Illinois inmate's actual innocence, and, when appropriate, provide legal representation and/or other assistance toward proving the inmate's actual innocence; to encourage meaningful reforms toward preventing the conviction of innocent persons in the future; and to educate the public and provide important educational and experiential opportunities for students about wrongful convictions.
Blake Wood at Tuesday, March 06, 2012
Share