UIS to hold 42nd commencement ceremony on May 11

Commencement ceremonies for the University of Illinois Springfield will begin at 2 p.m. on Saturday, May 11, at the Prairie Capital Convention Center, Ninth and Adams streets in downtown Springfield. Of the 1,362 students eligible to graduate, 777 will participate in the ceremony. 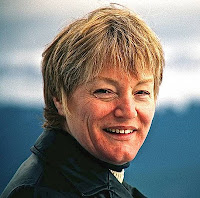 The UIS Commencement speaker will be UIS alumna and award-winning journalist Kathy Best, managing editor at the Seattle Times since 2007. She has helped the paper earn two Pulitzer Prizes – for breaking news in 2010 and investigative reporting in 2012. For those awards she credits the range of talents of a remarkable staff.

Best earned her bachelor’s in journalism in 1979 from Southern Illinois University at Carbondale and received her master's degree in Public Affairs Reporting in 1990 from the University of Illinois Springfield.

She joined the paper as managing editor for digital news and innovation, working primarily with the Web staff to create a 24/7 news operation, including use of social media, video storytelling and reader interaction. Two years ago, the Seattle Times reorganized the newsroom to break down the print/digital divide, and Best became the managing editor overseeing creation of stories and visual journalism for both print and digital readers. She oversees Metro, features, sports, business, photo and video and helps make sure that reporters and photographers are thinking about all storytelling options from tweets to narrative videos to Sunday enterprise and investigations.

Best went to Seattle from Baltimore, where she was the assistant managing editor for Sunday, national and foreign news at The Sun. She joined the paper in April 2005 and helped shape the reporting of the war in Iraq and the controversies over warrantless wiretaps and mismanagement at the super-secret National Security Agency.

Most of her editing career, however, was in local news. She was assistant managing editor/metro at the St. Louis Post-Dispatch, where, among other investigations, she directed coverage of the priest abuse scandal in the Catholic dioceses of Missouri and Illinois. She also led the metro operation at the Seattle Post-Intelligencer, honing her breaking news skills on coverage of the World Trade Organization riots, a 6.8 earthquake and the nation's first legal whale hunt in a century.

Before her move into editing, Best was a reporter for fifteen years, twelve of them for the Post-Dispatch. She covered Illinois state government for six years for the Post-Dispatch: breaking stories on political corruption in state hiring and contracts, and covering campaigns for Chicago mayor, Illinois governor, and the Democratic and Republican nominations for president. She joined the paper's Washington, D.C., bureau in 1992, where she covered the Supreme Court, Congress and national politics. During the great Mississippi River flood of 1993, she spent six months investigating fraud and mismanagement in the National Flood Insurance Program, prompting changes in the law and ruining at least half her shoes.

Her first job in daily journalism was at the Quad-City Times in Davenport, Iowa. Two years later, Mike Lawrence, her mentor and bureau chief in the Public Affairs Reporting program, brought her into the Lee Enterprises Springfield Bureau. Best says that everything that came after that is his fault.

Best’s family still owns and operates a weekly newspaper in Sullivan, Illinois. She and her husband, investigative reporter and author Andrew Schneider, live in suburban Seattle.

Keith Miller, the Louise Hartman Schewe and Karl Schewe Professor in Liberal Arts and Sciences, has been chosen to serve as grand marshal. The student speaker will be Jinger Sanders, who will graduate with a bachelor’s degree in biology.

A number of events are planned for graduates, their families and guests, beginning with a reception for Peoria-area students on Friday, May 3. Separate brunches for CAP Honors graduates and online degree graduates are scheduled for Saturday morning, May 11.

The ceremony will be webcast live at www.uis.edu/technology/uislive.html. DVDs ($25) can also be ordered from the Office of Electronic Media, phone 217/206-6799.