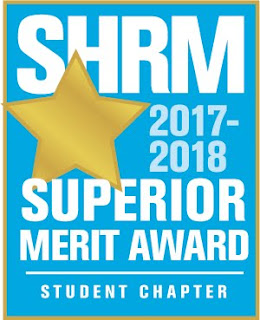 The Society for Human Resource Management (SHRM) has awarded a 2017-2018 Superior Merit Award designation to the University of Illinois Springfield SHRM student chapter for providing superior growth and development opportunities to its student chapter members.

This is the second year in a row that UIS has earned the distinction.

Over the past year, the UIS SHRM chapter has held educational events for students, attended a diversity workshop, participated in th
e state conference and competition, published an article, hosted a fundraiser and volunteered.

Sonia Vo, former UIS SHRM president said, “The organization functions as an important vehicle for promoting the field of human resource management to UIS students. It was created to encourage and support student, especially those in a management major, in creating, building, and continuing their career preparation.”