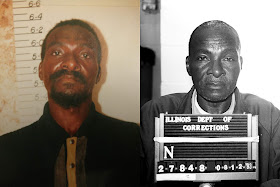 The Illinois Innocence Project at the University of Illinois Springfield is pleased to announce that Grover Thompson, who was wrongfully convicted in 1981 and died in prison in 1996, has received executive clemency based on actual innocence by former Gov. Bruce Rauner. This is the first posthumous exoneration to occur in Illinois and only the 21st such exoneration nationwide, as documented by the National Registry of Exonerations.

“We applaud Gov. Rauner for bringing justice to an innocent man who had no chance to fight for himself,” said John Hanlon, executive director of the Illinois Innocence Project. “We also applaud members of Illinois law enforcement who recognized Grover’s innocence years ago and, with incredible involvement and devotion, fought with us to clear Grover’s name 23 years after his death.”

“Grover’s case is the poster child of injustice,” said Lt. Echols. “In my 28 years as a police officer and 10 years as a criminal justice professor, this was the most disturbing case of injustice I have ever seen. I’m proud to have been part of the team that finally found justice for Grover.”

In 1981, 46-year-old Thompson, a black man, was traveling by bus to visit family in Mississippi and stopped to rest in a Mount Vernon, Illinois, post office lobby. At the same time, Krajcir, a white man sometimes mistaken for a dark-complexioned man, broke into 72-year-old Ida White’s home and stabbed her repeatedly while she resisted his attempts to rape her.

The police quickly set their sights on Thompson after a neighbor reported a black man fleeing the scene. Despite that, Thompson, who was found sleeping in the post office across the street, could not have committed the crime due to a disability and was not wearing clothing that fit the description of the attacker. He was arrested, convicted and sentenced to 40 years in prison.

“Uncle Grover suffered a tragedy that never should have happened,” said S.T. Jamison, Grover’s nephew, from his home in Minnesota. “He was an innocent black man just trying to get home to his family and he never came home.”

“I am thrilled beyond words that his innocence has finally been acknowledged,” he said. “I thank the good people of the Illinois Innocence Project and God for justice for my dear Uncle Grover. I also am grateful to Gov. Rauner. I and my family members are unspeakably elated!”

“We’ve learned about the many reasons wrongful convictions happen, including tunnel vision and witness misidentification,” said Brandon Klages, a UIS senior and student worker at the Illinois Innocence Project. “Grover’s case is an example of how police can build a case around an innocent person because of their race and class, instead of allowing the evidence to lead the way.”

Lt. Echols details Thompson’s story in chapter 21 (titled “Another Victim”) of his book “In Cold Pursuit: My Hunt for Timothy Krajcir – The Notorious Serial Killer.” All proceeds from the book support the Nine Angels Memorial Scholarship at Southern Illinois University, named for the victims of Krajcir.

“I am very pleased Grover’s family finally has closure, confirming what they knew so many years ago, that Grover did not commit this crime,” said Lt. Echols, who received the Illinois Innocence Project’s “Defender of the Innocent” award in 2018 for his commitment to bringing justice to Thompson. “This closes another chapter in the sad stories caused by Krajcir. May Grover now rest in peace.”
Blake Wood at Tuesday, January 15, 2019
Share