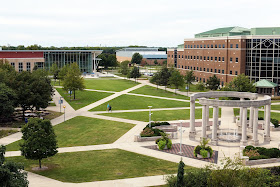 The University of Illinois Board of Trustees on Thursday, January 31, 2019, approved a tuition freeze for in-state freshmen next fall for a fifth straight year, extending an affordability initiative that is now the longest run of back-to-back freezes in more than a half-century.

Trustees also approved 2019-20 tuition for non-residents that will hold increases to the rate of inflation or less, along with student fees and housing costs for the system’s three universities, including the University of Illinois Springfield.

The fifth straight year of unchanged rates for Illinois freshman is the longest since a seven-year freeze from 1962 to 1968.

President Tim Killeen said the ongoing efforts to hold the line on tuition are rooted in a commitment to access and affordability that has helped drive system-wide enrollment to record highs for six straight years. Since the fall of 2014, when in-state tuition last increased, enrollment has grown system-wide by 7,420 students, or 9.4 percent, to a record 85,960 students.

That includes 3,345 more Illinois undergraduates, which increased 7.8 percent across the system from the fall of 2014 to the fall of 2018. The in-state tuition freeze has helped the U of I System lead efforts to halt an outmigration to colleges in other states, which causes long-term harm to the Illinois economy because studies show that graduates typically stay to work in the state where they study.

“This historic tuition freeze is providing life-changing opportunities for even more Illinois students, and fueling the pipeline of world-class talent that is crucial to move our state forward,” Killeen said.

Under the state’s guaranteed tuition law, rates for incoming students from Illinois will remain unchanged for four years. The measure was enacted in 2004 to help students and families plan for the cost of a public university education by fixing tuition rates for the four years required to complete most undergraduate degree programs.

Base tuition for in-state undergraduates next fall will mirror rates that have held steady since the 2014-15 academic year – $12,036 a year in Urbana-Champaign, $10,584 in Chicago, and $9,405 in Springfield. There also will be no change to undergraduate tuition differentials at any of the universities. Differentials cover the additional costs of providing the highest-quality education in selected areas of study.

Along with freezing tuition, the U of I System has ramped up internal efforts to protect the most financially vulnerable students. Over the last decade, total institutional financial aid – including tuition waivers, grants, scholarships and fellowships – has increased almost threefold to $231 million a year, exceeding total aid from state and federal sources. Through state, federal, university and donor-provided financial aid, half of undergraduates pay less than full sticker price across the system’s three universities.

The board also approved mandatory student fees and room-and-board rates for the 2019-20 academic year.

In Springfield, room and board will remain the same. A standard housing and gold meal plan will remain unchanged at $10,810 per year.
Blake Wood at Thursday, January 31, 2019
Share