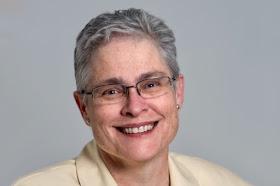 Whitney is the president emerita of Clarion University in Pennsylvania and recently served as interim chancellor of the Pennsylvania State System of Higher Education. She takes over from Chancellor Susan J. Koch, who has announced plans to retire from UIS effective June 30. Whitney’s appointment as interim-designate, pending approval by the Board of Trustees, is effective June 8, allowing her to work alongside Koch for a period before assuming the role of interim chancellor on July 1.

Killeen said Whitney will bring a wealth of relevant experience to UIS and its more than 4,200 students and more than 1,100 faculty and staff.

“Karen has deep experience working with higher education boards, administrative leaders and faculty, building consensus around common goals,” Killeen said. “At Clarion, she led an institution that is very similar to UIS in size, scope and mission. She is an ideal choice to build upon Susan’s work, which strengthened UIS and put it on the road toward becoming a regional force for progress.”

Whitney said she was excited to be selected to guide UIS as it searches for a permanent chancellor, particularly leading the university during the COVID-19 pandemic, a period she said only heightens the need for the kind of education UIS provides.

“I’m thrilled and honored to come to Springfield to lead a university at this incredible moment in time,” Whitney said. “I am drawn to the mission and vision of the institution, the way UIS has positioned itself to be the capital city’s university with an emphasis on leadership development – that is, I think, an extremely important role in American society today.”

As interim chancellor of the Pennsylvania State System of Higher Education in 2017-18, Whitney led 14 universities serving more than 100,000 students and employing more than 12,000 faculty and staff. The system has a $2.3 billion annual operating budget.

Whitney used her expertise in higher education finance and administration to work closely with Pennsylvania lawmakers regarding budgetary issues. In addition, she collaborated with civic and business leaders to ensure continued investment in the Pennsylvania State System’s campuses and appreciation of the value they bring to the state.

She also worked with the system’s 14 presidents to increase enrollment and foster stronger partnerships and leadership development across the system.

During her seven years as president of Clarion, Whitney led the university’s 5,200 students and more than 700 faculty and staff through both reorganization and the transformation of academic priorities. Based on the needs of regional industry and its workforce, Clarion became a leader in offering innovative professional programs in business, education, health and human services.

Whitney was chosen from a field of candidates referred by The Registry, a firm that specializes in identifying leaders to fill interim roles in higher education. The candidates met with both Killeen and Executive Vice President and Vice President for Academic Affairs Barbara Wilson. Killeen and Wilson also consulted key stakeholders at UIS.

Koch has led UIS since 2011, a period during which the university added programs designed to meet the needs of local and regional employers, including degrees in information systems security, data analytics, theatre, exercise science and nursing. Under her leadership, UIS achieved record fundraising that helped build the new $21.7 million Student Union and increase scholarship support.

“Susan has been the ideal leader for UIS, a capstone to a tremendous career,” Killeen said. “We wish her and her husband, Dennis, a rewarding and well-earned retirement.”
Blake Wood at Wednesday, June 03, 2020
Share