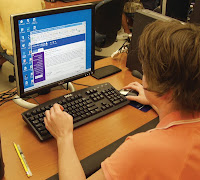 The University of Illinois Springfield is being recognized with two awards from the Sloan Consortium, a national group of online educators, for excellence and leadership in online learning.

The online Master of Arts in Teacher Leadership (MTL) program is the recipient of the 2010 Outstanding Online Program Award.

“The competition for this award was particularly strong this year, and the selection committee felt that the UIS online program was exemplary,” said Burks Oakley II, chair of the Awards Selection Committee for the Sloan Consortium.

A distinguished committee of leaders in higher education was responsible for evaluating the nominations. They praised the MTL program in the award nomination saying it “provides a high quality program to teachers in rural sections of Illinois who would not otherwise have the opportunity to complete a graduate degree.”

The MTL program, which is celebrating its 10th anniversary, is designed specifically for educators in a classroom situation who wish to assume leadership roles in their environments. Coursework is conducted entirely online and all projects are designed with a classroom application focus. Since 2001, the MTL program has made it possible for 593 teachers to obtain their masters degrees and become leaders in their schools. The program is represented by students from 27 states and 5 international countries.

“To be the recipient of this award speaks to the quality and rigor of the curriculum, our talented faculty and providing access for educators wherever they live,” said Scott Day, associate professor & chair of the Department of Educational Leadership.

MTL students consistently express satisfaction with their learning experience, including course and fairness, instructor and peer interaction, and provision of support services. Karen Swan, James J. Stukel Distinguished Professor of Educational Leadership at UIS, was responsible for nominating this program for this prestigious award. 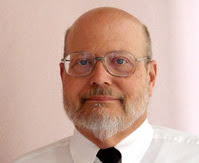 Ray Schroeder, director of the Center for Online Learning, Research, and Service (COLRS) at the University of Illinois Springfield is the recipient of the inaugural A. Frank Mayadas Leadership Award. The award is the highest individual recognition offered by the Sloan Consortium and was voted on by a committee of leaders in higher education.

“The selection committee felt that Schroeder's leadership in the field of online learning on a national scale has been, and continues to be, transformative,” said Oakley.

Shari Smith, associate director of COLRS at UIS, was responsible for nominating Schroeder for this prestigious award.

“I am humbled by this award. It is a high honor to be recognized by my colleagues across the country for leadership in our field with an award named for the ‘father of online learning’ Frank Mayadas, who has meant so much to our university and to me personally,” said Schroeder. “This recognition is rightly shared by our wonderful colleagues at the Center, our faculty, and by the staff of UIS who collectively have built UIS online into a model that is widely recognized, respected and emulated for excellence in online learning.”

The Sloan Consortium is an institutional and professional leadership organization dedicated to integrating online education into the mainstream of higher education, helping institutions and individual educators improve the quality, scale, and breadth of education. Membership in the Sloan Consortium provides knowledge, practice, community, and direction for educators. Originally funded by the Alfred P. Sloan Foundation, it is now a non-profit, member sustained organization.

UIS has been awarded three Outstanding Achievement Awards by the Sloan Consortium in 2002, 2003 and 2006. No other university in the country has received more outstanding achievement awards. UIS was recognized with an Institution-Wide Excellence Award in 2007 and the Ralph E. Gomory Award for Quality Online Education in 2008.

The Outstanding Online Program Award and Mayadas Leadership Award will be presented to UIS during the 16th Sloan Consortium International Conference on Online Learning in Orlando, Florida, on Thursday, November 4, 2010.

The University of Illinois Springfield is celebrating its largest fall enrollment in the institution’s 40-year history. The total number of enrolled students at UIS is 5,174. It is a 4.29% increase (213 students) over last fall’s total of 4,961 students.

“To say we are excited would be an understatement. For our enrollment to surpass 5,000 marks a milestone for us. That number has been an informal goal for quite a number of years and it shows once again recognition of the high quality education that UIS provides,” said Chancellor Richard Ringeisen. “We all have made retention of students a top priority and our staff, faculty and administrators are to be congratulated for those efforts. UIS continues to be met with tough economic conditions, but we also continue to provide the highest possible level of educational experience. We are very pleased.”

“We continue to grow as a university and the retention of students is a big part of our success,” said Interim Director of Admissions Lori Giordano.

The number of students living on campus remained the same as last fall, with 1,089 students living in UIS apartments, townhouses, and Lincoln and Founders residence halls.

The number of students majoring in online degree or certificate programs grew by 63 students. A total 1,364 online majors are enrolled at UIS, a 4.8% increase from the previous fall semester.

“UIS continues to lead the way in online learning. Every semester since we began offering online classes a dozen years ago, the number of online credit hours taken by our students has increased,” said Schroeder.

Overall more than 55% of UIS students (2,850 total) are taking at least one online class this fall.

Durbin authored the legislation, which went into effect in July. The law, designed to bring down costs for financially struggling students, requires publishers to provide professors with the price of a textbook, which colleges must then include in their course catalogues.

“I found many times that professors literally didn’t know how much the book cost. Now the professors would be advised in advance the cost of a textbook,” said Durbin.

The act also requires that textbooks and supplemental materials sold as a bundle must also be sold individually.

“I think the world of textbooks as we see it today is going to change dramatically. I don’t think textbooks will go away completely, but I think more and more textbooks will be available online,” said Durbin.

Durbin is encouraged by programs, such as Rent-A-Text, which was launched on the UIS campus this summer. Students have the potential to save up to 50% off the price of a new textbook through the program.

“I think this rental program is a great program. I know myself, I saved over $200,” said Erin Wilson, an SGA senator who spoke at the news conference.

The Council for Accreditation of Counseling and Related Educational Programs (CACREP) has awarded accreditation to three programs in the Department of Human Development Counseling at the University of Illinois Springfield.

The accreditation decisions were made after the review of self-study documents, a visit by the CACREP team and the institutional response to the visiting team's report.

Stonecipher credits Abler along with faculty members Holly Thompson, Nithya Karuppaswamy, and Jim Klein for their time, energy, and commitment to achieving accredited status for all three programs.