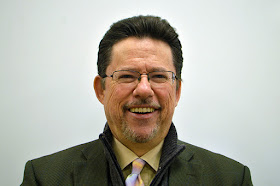 “I am thrilled to be joining the faculty, staff and students of the College of Public Affairs and Administration at UIS,” said Smith. “I am honored and humbled by the opportunity to provide leadership for one of the outstanding Colleges at UIS. I look forward to working with the UIS Administration to position the College for growth and excellence in the years ahead. Most important, I am enthusiastic about working closely with all of the faculty, staff and students to enhance and strengthen the profile and reputation and significance of the College beginning on day one.”

Smith has served as dean of the College of Liberal Arts and Social Sciences at Savannah State University, chair of the Department of Political Science and International Affairs at Kennesaw State University and program director for the Masters of Public Administration (MPA) Program at Clemson University where he taught for 11 years.

Prior to his academic career, Smith served as a senior budget official in the Executive Department of the New York State Division of the Budget working under Governors Mario Cuomo and George Pataki. Before that, Smith served as regional director for Upstate and Central New York for United States Senator and former United Nations Ambassador Daniel Moynihan.

Smith holds a Ph.D. and master’s degree in public administration (MPA) from the University at Albany, part of the State University of New York System (SUNY), and a bachelor’s degree in history and political science from the College of St. Rose in Albany, New York.

Smith will replace Hanfu Mi, who has been serving as interim dean of the College of Public Affairs and Administration.
Blake Wood at Monday, April 03, 2017
Share