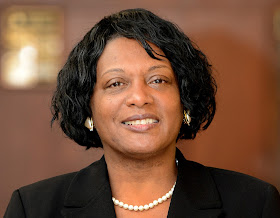 Since joining UIS in 2008, she has served as executive director of the UIS Diversity Center, associate dean of students and associate vice chancellor of student services. Ford brings more than 20 years of professional experience in student affairs as well as notable record of public service to UIS.

The UIS Student Affairs Division is comprised of many units that are critical to student recruitment and success, including admissions, records & registration and financial assistance. Ford leads with a forward-thinking, student first philosophy to enhance the co-curricular experience and promote student success.