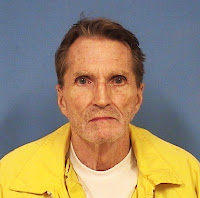 Today a DuPage County judge vacated the 1997 conviction of William (Bill) Amor, a client of the Illinois Innocence Project at the University of Illinois Springfield, and ordered a new trial in the arson murder case. The victory comes after a week-long post-conviction hearing was held the week of December 12, 2016, in DuPage County, where attorneys presented new arson-related scientific evidence in the 1995 Naperville arson case.

The Amor case is believed to be the first of its kind in the state of Illinois regarding changes in fire investigation.

Amor would be convicted two years later, on September 17, 1997, of murder and aggravated arson for setting the fire that caused Miceli’s death. Amor was convicted based upon a confession (which has been proven false) and arson findings that are no longer scientifically reliable. What stands out in this case is that Amor’s confession was the basis for the fire investigators in 1995 to change their initial finding of an “undetermined” cause of fire to an arson. With the exception of giving a false confession in this case, Amor has maintained his innocence from day one. He was ultimately sentenced to 45 years in prison.

The alleged false confession in this case was given to police after two weeks in jail after 15 hours of questioning and immediately following Amor being served divorce papers at the station. The confession included details as to how Amor purportedly started the fire with vodka and a lit cigarette – which, at the December hearing, all experts, including the State’s own witness, testified is not possible.

“It is undisputed by the experts in this case that fire science has evolved, and it has changed to such an extent that the original findings in this case are unreliable,” said Lauren Kaeseberg, legal director of the Illinois Innocence Project Chicago office, who represents Bill Amor. “In fact, the evidence points to an accidental fire – which is what we believe occurred here. Bill Amor did not murder anyone and the science finally supports that which he has claimed for 22 years – he is innocent.”

At the December 2016 hearing, evidence was presented that showed the original arson findings are no longer reliable when analyzed under modern fire science techniques. Nationally recognized arson experts testified about the new science that undercuts the conviction in this case, including: Doug Carpenter, of Combustion Science & Engineering, Inc. in Columbia, Maryland, and John DeHaan of Fire-Ex Forensics in Vallejo, California. Further, ATF Senior Special Agent John Golder, called by the State at the hearing, conceded that the manner in which Amor’s confession claims the fire started is impossible and that Amor was not in the apartment when the fire started.

“Today this Court followed the law and finally gave Bill a chance at the justice he has been seeking for so long," said Erica Nichols Cook, who also represents Amor as pro bono “of counsel” for the Illinois Innocence Project, and is currently Director of the Wrongful Conviction Division for the Iowa State Public Defender. “We are confident that a jury hearing all of this new evidence would acquit Bill, and we look forward to the State’s Attorney’s Office considering today's ruling and allowing Bill to go home.”

“False confessions and faulty forensic science are two of the leading causes of wrongful convictions in this country,” said Tara Thompson, staff attorney at the Exoneration Project, who also represents Amor. “We hope that the Amor case can set a new standard in this state for how old, unreliable evidence is to be viewed in light of modern advancements. We know of too many other innocent people in this state and around the country who are suffering from wrongful arson convictions.”

The Illinois Innocence Project will honor Amor co-counsel Kevin Caraher of Cozen O’Connor for his and his firm’s exceptional pro bono representation of Amor at the Project’s annual Defenders of the Innocent award dinner in Springfield on April 29, 2017, at the Crowne Plaza Springfield.

A hearing to determine whether Amor will be released, retired or his case appealed by the prosecution will be held on April 13 in DuPage County court.
Blake Wood at Thursday, April 06, 2017
Share